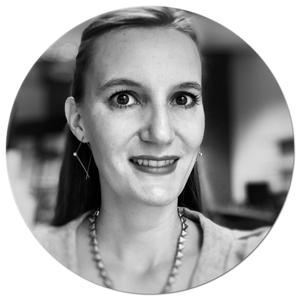 Laura, Class of 2003, and proud University of Texas Alumna, is now an Art Director working in Austin Texas. Read more about what she is doing now.

After graduating from ISP in 2004, where did you go to school?

I went to the University of Texas in Austin and got a Bachelor in Science in Advertising.

When did you arrive at ISP? Where did you come from? What was it like adjusting to ISP?

I arrived at ISP in august 1997, I was starting 6th grade. We had just moved from Prague where we had lived for 3 years. ISP was the first school that I attended that was taught in English. Being a French native speaker, adjusting meant learning English. I’ll always remember Mrs. Rivera my English as a Second Language teacher and Mrs. Ford, who was my science teacher but spoke French so she would translate almost everything for me until I got the hang of things.

What was it like finding and connecting with other students from similar backgrounds?

I learned to appreciate and understand how lucky I was to be surrounded by so many people that were just like me after I left. I think while in school, I took it a bit for granted. I was having fun, learning with my friends and like any teenager didn’t think about it much. But these people became my life-long friends and that means something. I haven’t been able to replace them! But in all seriousness, I just remember being surrounded by people who were and are way smarter than I am with the added bonus of continuously being intellectually stimulated.

What is your fondest memory of ISP?

I have to say Art Class, the talent shows and drama. That’s probably where I felt the most comfortable in my skin and had the most fun. It really spoke to my creative side and brought a little bit of freedom in such a demanding curriculum. However, my absolute favorite was PANAMUN and THIMUN. It taught me public speaking, understanding the world and its geopolitical climate in a way that was beyond the textbook that I loved. I felt like we were solving real-world problems. Also dressing up in business attire for some reason would get me super excited at the time.

What was your favorite subject?

Who was your favorite teacher?

I can honestly say I don’t have a favorite because I really had an awesome relationship with most of my teachers at ISP. I started listing some and found myself naming almost everybody!

Do you feel ISP helped prepare you? Did it give you an advantage?

Oh yes, college was a breeze compared to the IB Diploma. It really instilled a lot of self-discipline, being good with deadlines and how to handle multiple big projects at the same time. I think it not only prepared me for University but for my professional life as well. Also, I got to skip a few courses and graduate early so yea! It helped. Go do it!

What do you do now? How do you feel your ISP experience helps you professionally?

Today I am an Associate Creative Director at an ad Agency called GSD&M in the U.S. That’s a fancy title that really means I come up with ads for different brands such as Southwest Airlines, Popeyes, Ross (Dress for Less) and many others in the past.

I am an Art Director more specifically, which means I am responsible for coming up with ideas for Advertising campaigns but also specifically tasked with all the visuals. ISP lead me to that career path. I was desperately trying to go to Art School but was advised that with a career in advertising I could keep being creative. It was the right balance of my two favorite topics in school, Art and Psychology.

On top of that ISP and Panama helped me with the specialty I am in which is Multicultural or U.S. Hispanic advertising which constitute of advising brands on how to be culturally relevant to a growing population segment in the U.S. It’s sought-after expertise in today’s world of inclusion and embracing diversity.

On a closing note, PANAMUN was also essential in training me for my job today. I give presentations to groups of people almost every day. Having the confidence to speak in public comfortably and sell my ideas is something I entirely attribute to my times during PANAMUN and THIMUN. I feel very privileged to have gone to such a prestigious high-school which taught me so much.

Are you an ISP Alumni? Tell us your story! Help us connect with Alumni around the world and strengthen our network. Join our Alumni Network on LikedIn by adding ISP's Official Page to your education history.