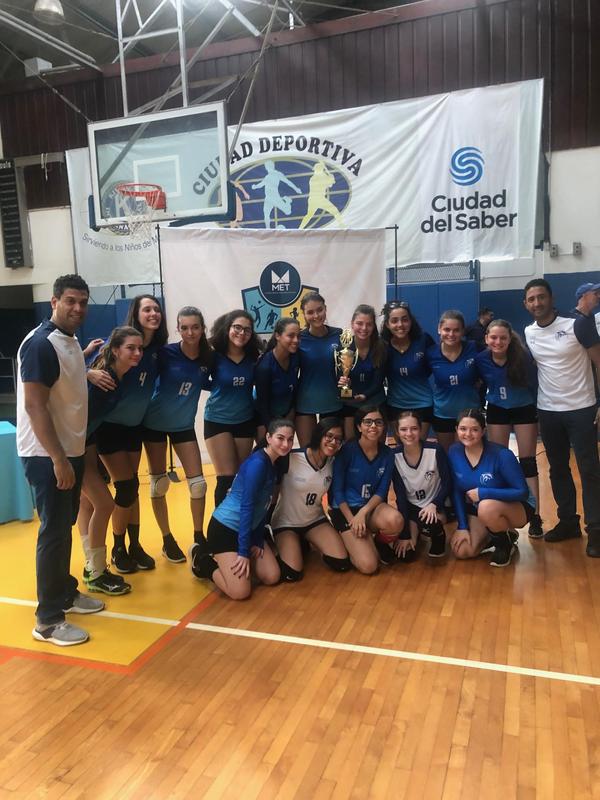 A fun, friendly competition between like minded international schools in Panama City took place last weekend in the City of Knowledge in the 5th Annual Canal Cup!
ISP Athletics often competes in leagues in the team sports of soccer, flag football, basketball and volleyball with local private schools. Our individual sports of swimming, tennis and track & field often compete against clubs and federation athletes. While this is great for constantly pushing the boundaries of how far our students' can push themselves it can at times lead to inequitable comparisons.
Last weekend (Jan. 31 - Feb. 1) saw the Dolphins join 6 other international schools (KSI, Balboa, MET, Kings, CCA and Boston) in a friendly competition for U14 and U18 in six sports. This was held in Clayton, by the world famous Panama Canal, and was the fifth consecutive year of running the Canal Cup.
The Dolphins gave a great showing with Friday night seeing the boys U18 basketball team crowned Champions with a 3-0 record. Our two high school swimmers earned the school 15 points with their podium finishes and girls soccer brought home the second place trophy in the U18 category. Saturday started bright and early with ISP winning the 1st and 2nd place medals in U18 boys cross country and 3rd place in the girls category. With more and more tennis players now competing in national Federation meets, it was exciting to watch our girls and boys both win the U14 age group. U14 boys basketball emulated their older counterparts by winning all of their games and bringing home the 1st place trophy. The finale of the tournament saw our highly spirited U18 girls volleyball team win all of their matches and retain the 1st place trophy for the 5th year running.
Despite not participating in some younger categories with Middle School students out on field trips, ISP were able to accumulate 120 points which placed us in 2nd and only 13 points behind the overall champions and organizers the MET.
The Canal Cup has grown in stature and participation numbers and has the potential to provide some rich partnership and competition between the international schools in the region during the summer months of January - March when local schools are not in session.