From Viki: Farewell to our Dolphins 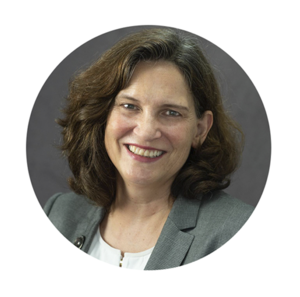 In international schools the end of the school year brings a plethora of farewells as we complete the school year.
I myself will be returning to my family in Europe for a year of travel, fulfilling a long held dream to see many places I’ve longed to see.
Alongside myself a number of our extended leadership team will also be leaving.

Shawn Colleary our Director of Teaching and Learning will be retiring after three years at ISP. Shawn has been instrumental in defining the pedagogy and curriculum at ISP. One of his major achievements is designing the Professional Growth model all teachers at ISP participate in. Shawn has lectured on this model internationally. He created the Summer Institutes for teachers and turned ISP into a model for teaching and learning in the region. Under Shawn’s guidance learning has indeed become an adventure at ISP! Marina MacDonald will be the new Director of Teaching and Learning at ISP.

Vickie Swann our Middle School Principal will leave ISP after six years at ISP. Vickie is known for ensuring that our middle school students would have the ‘best year yet’ and be taught by what she calls the Dream Team. Vickie introduced the pod system to ISP, refined assessment practices through the implementation of standards based assessing and reporting, and created a Middle School where everyone looks after each other and has each other’s back. Vickie has also been instrumental in providing professional development to Panamanian international schools through her leadership in the PAIS Association. Vickie is moving to Taiwan where she will be the Director of Teaching and Learning at the American School in Taichung. The new Middle School Principal will be the current Assistant Principal Kyle Martin.

Becky Jobes our Elementary Principal is leaving after six years at ISP. For Becky, leadership has always been centered on the ISP ideal, “It's not about me, it’s about us.”  As Principal of the biggest division on campus, she introduced Standards Based Reporting to the Elementary School, brought in a focus to Social Emotional learning with approaches such as Responsive Classroom, modernized our academics through approaches such as Writers Workshop, and ensured that parents were a part of the decision making process. Becky’s strong and empathic leadership will be missed by all. Last year Becky made ISP proud when she was 1 of 2 overseas principals awarded the National Distinguished Principal Award from the US National Association of Elementary School Principals, through our relationship with the American Office of Overseas. Becky will be the new Elementary School Principal at Lincoln in Buenos Aires, Argentina. Joyce Mininger will be the new Elementary Principal at ISP.

Natasha Meiliunas our VAPA Director will be leaving ISP after one year. Natasha distinguished herself by giving students the chance to stand out and become truly outstanding. This will live on with the VAPA council that she created, composed of student leaders. Shows such as Matilda, Arts Fest and later numerous online productions in all the arts demonstrated Natasha’s ability to put students in the spotlight. Her work on inquiry based learning and student led projects has brought the VAPA department together to strengthen the curricular and co curricular programs that we offer at ISP. Natasha is returning to Canada to be with her family.

James Mattiace our Assistant Principal in the High School is leaving ISP after seven years. James arrived as an IB Economics and IB Global Politics pilot teacher and then became our AP in 2016. He has a pioneering spirit and consistently promoted student voice in his time at ISP. Numerous clubs such as the Hot Sauce Club, Student Council, TedXYouth, and  the United Women’s event were  all avidly supported by James, as were numerous green initiatives including the creation of the first five year ISP Green Plan in 2015. He has led the assessment reform and move to restorative discipline efforts in the high school.  James is leaving ISP to become the High School Principal at the American School in Taichung(Taiwan).  He can be reached at jmattiace@ast.tc.edu.tw   David Letiecq will be the new AP in the High School.

Nash Adamson our IB Coordinator is leaving ISP after seven years. Nash arrived at ISP as a HS history teacher who then became the Middle School AP and this year moved to the HS to be the Academic Dean. Nash is equally adept at curriculum coordination as he is presenting on behalf of ISP at numerous conferences and ensuring ISPs accreditation was completed to a high standard. He leaves a large footprint as yet to be filled.

Chris Horton, AP in the Elementary School has consistently magnified student voice. His support of the Student Council led to the new elementary playground and he planned the pod system with the accompanying new uniforms. Chris has ensured many opportunities for students to stand out as he helped showcase assemblies both in person and for the final months online and worked with the students and the other assistant principals to bring out Spirit Weeks and international day celebrations more in line as one school. Chris is returning to the US for a few months before taking up a new role at Asociacion Escuelas Lincoln in Buenos Aires.

Nikki Barratt, our STEM Coordinator, is leaving ISP after four years. Nikki has ensured many, many learning adventures for our students. All students now participate in STEM classes, she introduced the NGSS standards for all, robotics are now a learning opportunity for all and Science Fairs are integral to ISP. Nikki is also our Sustainability Coordinator and ISP now has a recycling system, multiple High School sustainability clubs,  and many new trees all showing how our students care for our planet. Nikki is returning to the US to teach at Greenwich Country Day School in Greenwich, Connecticut, where she will be close to family.

Sarah Schnack, our Gifted and Talented Coordinator, is leaving ISP after three years. She has enabled students to stand out, working with teachers across elementary and middle school to develop rich, challenging units of study. Sarah is moving to Switzerland with her family to teach at the École d'Humanité. This role will be filled by Elias Barlow under the umbrella of the new job title Inclusion Coordinator.


All of these leaders will be leaving their footprint with the many achievements they have helped our students accomplish and will be missed by all.

I am grateful to have been able to serve our community together with them.

Fortunately for ISP we have recruited a strong team who will be introducing themselves to you in August. Under the guidance of Dr Audrey Menard the new team has already been meeting and planning for the year ahead.